I had dinner with a murderer and didn't even know it.

What the fuck do I know about love anyway?

Most of us are never forced to articulate what love actually means to us deep down, but recent events in my life have forced me to do just that.

Blogging is dead... Welcome to my new blog.

The fact of the matter is that I quit blogging with any regularity a couple years ago and have all but abandoned that audience along the way.

God sent me to piss the world off

If I make you mad then it means I have done my job.

We asked people from all walks of life what they thought it meant to be Unhireable.

The Never Ending Quest For Purpose

I’ve always been a deep thinker, but sometimes you need time to pass in order to clearly see the points on your path towards purpose. To be able to look back and realize how many of those little moments ended up becoming the beginning of something much bigger.

The night I met molly

At one point she put her hand on my thigh and it was as if she had reached right through my skin, down to the bone, squeezed a nerve, and sent a chill running through my spine, up into my brain, culminating in a shiver that shook my entire body.

7 reasons why you'll never do anything amazing with your life

A unique perspective on what it takes to succeed in life.

How to claim your super power

From Unhireable to Unfireable

A few words from Raymmar Tirado.

It’s been a long time since I sat in front of a screen to capture a random stream of consciousness. Here goes nothing...

Am I responsible for the drowning death of a 13 year old boy?

When I was 19, a boy drowned at the pool where I worked. I was the first responder. This is the story of that day as I remember it.

Homeless guy in Sarasota practices piano instead of panhandling

This video takes you on an emotional journey through the eyes of someone who has grown up on Sarasota, and now finds himself struggling to find a home here in his own hometown.

Will I Ever Have To Teach My Kids How To Drive?

The Future of Online Sales

How artists can (finally) get paid in the digital age

Can Sarasota Save Florida's Film Industry 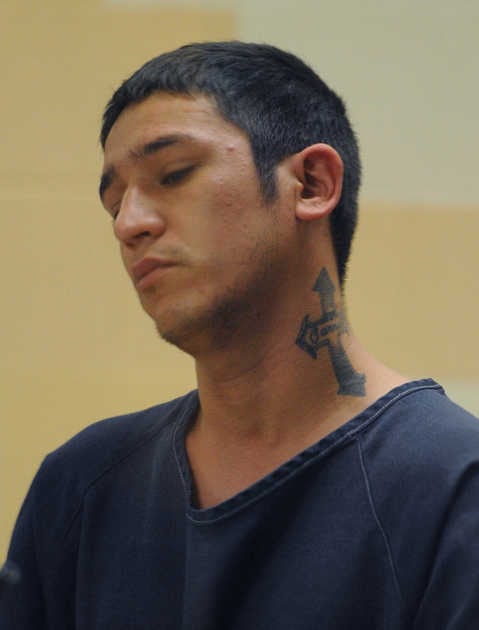 This is a true story, based on actual events in Manatee County Florida.

Update: A year later, Avalos is facing another Murder charge for attempting to kill an inmate in prison.

Imagine you are at a dinner party. You are at your friends house but you only know a few of the more than thirty people that fill the room. Look to your right, now to your left. Three days from now, one of these faces is going to kill three people. Who will it be? Could it be you? Could it be me?

It’s like a scene out of a movie, something you’d never expect to experience in real life. You never image you’ll get a call telling you to turn on the news because one of the guys you were at dinner with a few nights before is accused of going on a murderous rampage.

It is not something you think about while sitting at dinner with friends and great food enjoying the camaraderie of a family birthday celebration. But this particular party would quickly be overshadowed by the actions of one young man.

He wasn’t a murderer at the time, but a few days later Andres Avalos Jr. would murder his wife, a neighbor, and the pastor of a local church they attended.

He left his 6 children without a mother, 2 more without a father, a church without their pastor, friends without friends and family without family. And after confessing, he will probably spend the rest of his life behind bars.

At one point, he was trying to convince me that Mexican hip hop was better than American hip hop, but that argument was settled quickly as the crowd decided that the music coming from another friends phone was more worthy of being plugged into the small set of speakers that were sitting on the countertop in front of him.

He had a tattoo on his neck, coming up from underneath his shirt, something that looked like a cross with a name on it, but hey, lots of people have tattoos.

I never got a warm and fuzzy feeling while talking to Andres but I didn’t get a bad vibe from him either. He was just another guy in the room.

I could tell he was street savvy because of the way he talked and carried himself but I have a varied past myself so I try not to judge anyone based on first appearance.

Most of the nights conversations were centered around the home made Thai food that was being prepared in the kitchen and outside on the grill. It was delicious and there seemed to be so much love in the room.

I guess that’s what makes this all so hard to take in, what makes it all so difficult to comprehend. How can the same guy, who sat there talking to me about lettuce wraps and bad beer, be the same guy who just ripped the lives of three families to shreds?

I don’t know the guy other than the few hours we spent hanging out that night so I am not going to assume to know what was going through his head, but if you ask me it was not murder. Not that night, not in that moment.

So what causes a person to snap like that? What causes someone to gun down three people in cold blood? Could anyone else in that room have snapped like he did or was it his destiny to be a murderer? Was there something in the stars that said it was his time to go, or was this simply the hand of someone’s god?

Does that mean that I am capable of murder? Does this mean that we are all one missed step away from fatally falling apart?

How is it that we can seem so normal on the surface but be falling apart inside? Why are humans so good at hiding their pain? How come we wait until it’s too late before we let someone know that we are about to blow?

There have been no reports on a motive, but what motive can there be for a crime so heinous other than self hate? And if you have so much hate that you are willing to kill, then why not kill yourself instead? Why not end your own pain as opposed to spreading it like a plague by killing those you love?

I’m not one to advocate for suicide, but if it means saving the lives of innocent people, at the expense of assholes who can’t express anger, other than through the barrel of a gun, then I say go ahead and blow your fucking brains out.

Because no one’s life should ever be cut short by the actions of another man. That’s the one gift that no one should ever want to give. We have no ability to create life and should therefore think twice about taking it. Shit, you should think three, four, five or even more times about doing something so stupid. And once you think you’ve thought it through, then write about it and think about it some more. Tell a friend about it. Do something to get it out in the open and please, give someone a chance to stop you before it’s too late.

You might just learn to understand and love the dark parts of your soul. And you might just save someone’s life in the process. Maybe even your own!

No matter what happens between now and then, we still wind up hurt, and we still say goodbye in the end...

Raymmar Tirado
Just Friends
More from This Author
No Longer Free
Write again
Together Alone
The desire to create
An Inspirational Illusion
Because fuck you, that's why!