The night I met molly

What the fuck do I know about love anyway?

Most of us are never forced to articulate what love actually means to us deep down, but recent events in my life have forced me to do just that.

Blogging is dead... Welcome to my new blog.

The fact of the matter is that I quit blogging with any regularity a couple years ago and have all but abandoned that audience along the way.

God sent me to piss the world off

If I make you mad then it means I have done my job.

We asked people from all walks of life what they thought it meant to be Unhireable.

The Never Ending Quest For Purpose

I’ve always been a deep thinker, but sometimes you need time to pass in order to clearly see the points on your path towards purpose. To be able to look back and realize how many of those little moments ended up becoming the beginning of something much bigger.

7 reasons why you'll never do anything amazing with your life

A unique perspective on what it takes to succeed in life.

How to claim your super power

I had dinner with a murderer and didn't even know it.

This is a true story, based on actual events in Manatee County Florida.

From Unhireable to Unfireable

A few words from Raymmar Tirado.

It’s been a long time since I sat in front of a screen to capture a random stream of consciousness. Here goes nothing...

Am I responsible for the drowning death of a 13 year old boy?

When I was 19, a boy drowned at the pool where I worked. I was the first responder. This is the story of that day as I remember it.

Homeless guy in Sarasota practices piano instead of panhandling

This video takes you on an emotional journey through the eyes of someone who has grown up on Sarasota, and now finds himself struggling to find a home here in his own hometown.

Will I Ever Have To Teach My Kids How To Drive?

The Future of Online Sales

How artists can (finally) get paid in the digital age

Can Sarasota Save Florida's Film Industry 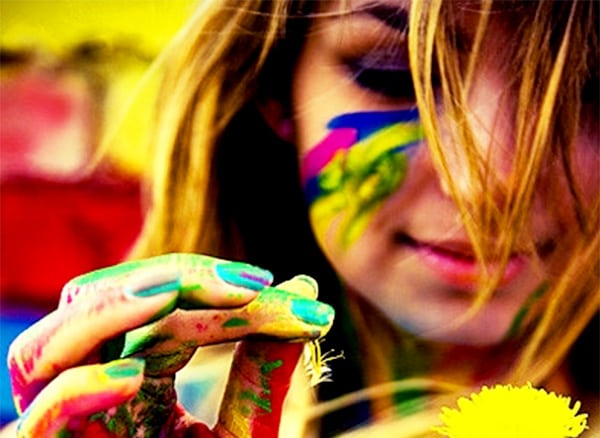 My friends have been trying to introduce the two of us for a while now; I just haven’t been all that interested in meeting anyone new lately. I have never actually seen her but she has quite the reputation. I hear she is not much to look at, but they assure me we will get along fine, apparently we have a lot in common; we are both awesome and unpredictable.

I am a little worried because I hear she gets around. I’m not one to judge, or jump to conclusions, but I’m not in a hurry to feel like a whore either. I don’t want to be just another notch on her belt, though; I am rather curious to see what all the fuss is about. Surely she can’t be everything they say she is… can she?

I keep telling my friends that I am not looking for a relationship but they assure me that she is not the relationship type. I figured, “what the heck”. I’m in need of a distraction in my life right about now, so I selfishly set my apprehensions aside and agreed to meet her. What’s the worst that can happen?

I selfishly set my apprehensions aside and agreed to meet her. What is the worst that can happen?

Later that day, I found myself debating whether I would truly be ok using her for my situational gratification? Could we really just enjoy each other casually, without attachment? Could I calm my concerns and simply enjoy her company, no-strings-attached? One date would not be so bad… would it?

Part of me is getting a little nervous. I am not looking to fall in love, but If she is half as amazing as everyone makes her out to be, then how will I ever resist a second date? What happens if I fall hopelessly in lust and find myself unable to control my composure.

We decided to meet at a friends house. We picked a neutral site so there would be no unnecessary pressure on either of us. Mutual friends would be close in case things got awkward. We figured, worst case scenario, we would meet, feel each other out and then go our separate ways if things didn’t work out.

But the conversation was effortless, and before long we were lost. Oblivious to our surroundings, enthralled in the experience of each other’s company.

She Makes A Move

Every so often her leg would brush up against mine and I knew she was doing it on purpose. At one point she put her hand on my thigh and it was as if she had reached right through my skin, down to the bone, squeezed a nerve, and sent a chill running through my spine, up into my brain, culminating in a shiver that shook my entire body.

I had been warned about this; I knew she was making her move. I resisted the temptation to run off alone with her; there would be plenty of time for that later. Instead, we just sat there and enjoyed the moment. Slowly building on the tension that was quickly filling the air between us, growing stronger, growing evermore intense as the night went on.

My jaw clenched and my body quaked at the indecision of the emotions that were filling my head. The music coursed through us as if the radio knew just what we needed to hear at exactly the right moment. I looked around at one point and noticed that no one else was around us. We were alone with each other but surrounded by something I could not explain.

As time passed we grew closer still. By the end of the night we were in a full embrace, unable to keep our hands off of each other, consumed by the night, and in that moment I saw myself for the first time. Unencumbered by the constraints of society or the judgement of the people around me. It was like she reached down my throat, grabbed everything good that had ever been inside of me and smacked me In the face with it; setting me free, if only in that moment.

It was like she reached down my throat, grabbed everything good that had ever been inside of me and smacked me In the face with it; setting me free, if only in that moment.

My friends were right.

She was not the prettiest girl at the party and I’m not sure there is any real long-term potential, but there was definitely something irresistibly attractive about her. She understood me and made me feel like we had been friends our whole lives. She wasn’t everything they told me she would be but I definitely want to see her again.

What do you think? Have you had an experience like this? Let me know about it in the comments below!

Raymmar Tirado
Stuck in love. The one that got away...
More from This Author
You Disgust Me
Why you should avoid fitting in at all costs
Empty Throne
At the mercy of my income
Falling for Webflow
Am I responsible for the drowning death of a 13 year old boy?